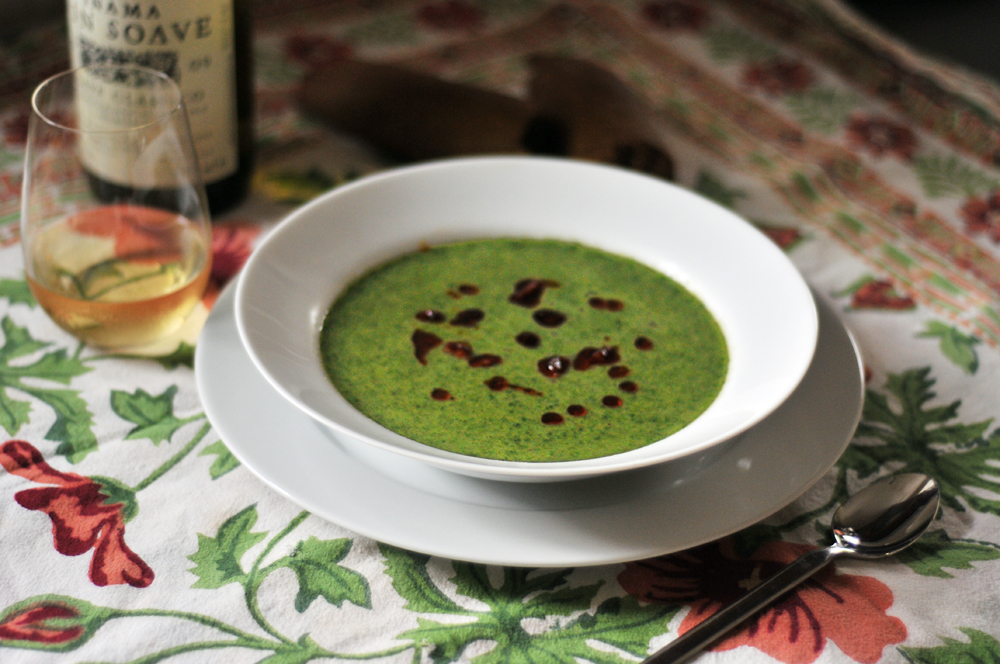 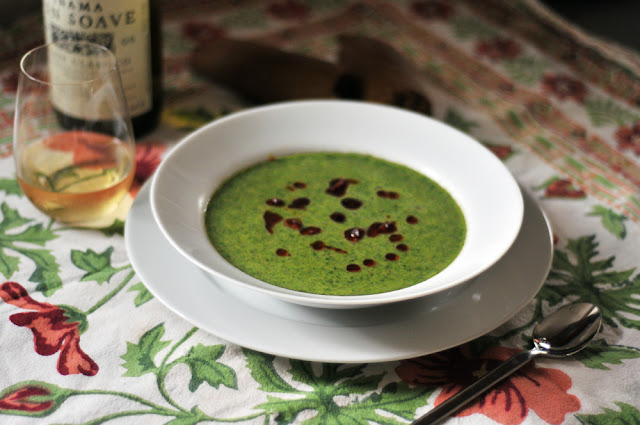 If you’ve picked up a food magazine or newspaper food section in the last year, you’ve been informed that foraging is hot hot hot. Chefs like René Redzepi of NOMA, Matt Lightner of Castagna, Dominique Crenn of Atelier Crenn are all scouring the forest floor looking for wild edibles, or they’re hiring foragers to do it for them.

In an effort to keep up with all the wildness, I’ve been reading The Forgotten Skills of the Kitchen by Darina Allen. Allen is the Irish owner/instructor of the famed Ballymaloe Cooking School in County Cork, Ireland and knows a thing or two about wild eats, foraging has been an Irish tradition spanning back generations. Her amazing book includes a whole chapter on wild foods, and the lady picks her own limpets, for Pete’s sake!

I was particularly taken with a recipe in the book called Forager’s Soup. In the recipe, Allen suggests you should use dandelions, watercress, wild sorrel, nettles, etc. to make a pureed soup thickened with potatoes and cream, finished with sizzled Spanish chorizo.  I riffed on the idea here,  using stinging nettles I found at the farmer’s market instead of a wide selection of greens. 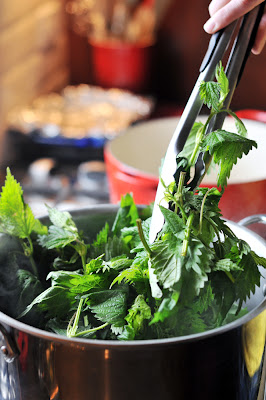 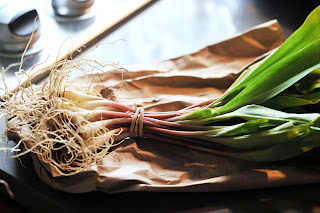 I added ramps to the soup, because they are stunningly beautiful and their tender greens and purplish/white stalks add a snappy garlic flavor to everything they associate with (including your refrigerator contents…wrap them up tightly in a ziplock bag when storing!) 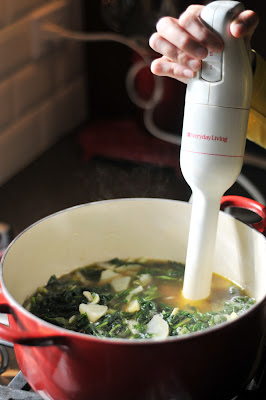 A quick saute of everything in butter, some mild vegetable stock, and a 20 minute simmer and the soup was done!  To make the soup silky and smooth, I used a stick blender to blend the soup.  And as always, I tasted the soup a few times to correct the seasoning. It was wonderful…green, garlicky, soothing.  I set the table, sliced some homemade rye bread, and then offhandedly mentioned to my husband Mr. Tofu that I suddenly had a scratchy throat that was really bugging me.

He responded, “Yeah, that happened when I took stinging nettle tablets to try and correct my allergies. Are you allergic to nettles? I am.” 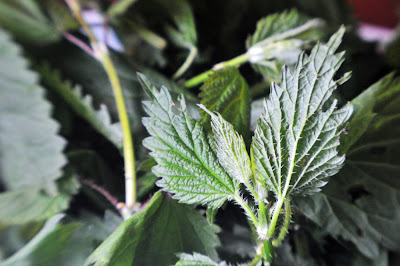 Sigh. I took one longing look at the delicious pot of beautiful green soup and decided it probably wasn’t worth eating a bowl of it if it meant running the risk of  having my throat close up.  IF you’re NOT allergic to nettles, I really recommend this recipe. It’s delicious.

Forager’s Soup with Nettles and Ramps


Bring a large pot of water to a boil. Wear gloves and use tongs to transfer the nettles to the pot. Cook, stirring frequently, until the the nettles are wilted and tender, 4 minutes. Drain. Use sharp little scissors to clip off the nettles largest stems, discard.


Rinse the ramps well, trim off root end and discard. Thinly slice the bulb end. Roughly chop the green part of the ramps and set aside with the nettles.


In a large soup pot, melt the butter over medium heat. Add the leeks and white part of the ramps and saute until they are translucent, 5 minutes. Add the nettles, green ramp leaves, potato, stock, and water. Bring to a simmer, cover and cook until the potato is fall-apart tender, 15-20 minutes. Do not overcook or the greens will go drab. Puree the soup, season with salt and pepper.


In a small saute pan, cook the chorizo over medium heat until it has rendered all it’s fat and is slightly crispy. Drizzle the chorizo and fat over bowls of the soup. Recipe by Ivy Manning, Photos by Gregor Torrence (Mr. Tofu), 2011, all rights reserved.

This site uses Akismet to reduce spam. Learn how your comment data is processed.